with Neymar is also in the top ten, with NBA, NFL, tennis, and boxing stars also making an appearance.

Lionel Messi may have taken a pay reduction when leaving Barcelona as a free agent to join Paris Saint-Germain in the summer of 2021, but his celebrity status has ensured that he is ranked first on Forbes’ list of the world’s highest-paid athletes.

Endorsements off the field, along with a lucrative contract at Parc des Princes, have allowed the seven-time Ballon d’Or winner to overtake NBA legend LeBron James for top place on a list that also includes Manchester United forward Cristiano Ronaldo and PSG forward Neymar.

Iconic figures from basketball, the NFL, tennis, and boxing round out the top 10, with some strong marketing appeal on display in a list of people who continue to earn the highest salaries.
10. Giannis Antetokounmpo | $80.9 million/£66 million
The Milwaukee Bucks’ two-time MVP signed a five-year contract worth $228 million (£187 million) in December 2020, making him the youngest member of the top ten.
9. Tom Brady | $83.9 million/£69 million
The GOAT of American football has postponed his retirement intentions for the time being, but it has been rumored that he has an analyst contract from Fox Sports on the table worth $375 million (£308 million) once he hangs up his cleats.

Kevin Durant | $92.1 million/£75 million
Nike pays Durant about $28 million (£23 million) to promote their brand, and he has also signed deals with Coinbase, NBA Top Shot, and Weedmaps. He owns the media company Boardroom and the investment firm Thirty Five Ventures, and has lately expanded into the NFT platform OpenSea and the digital fitness venture Future.
Stephen Curry | $92.8 million (£76 million)
In August 2021, he signed a four-year, $215 million (£176 million) contract with the Golden State Warriors. Curry’s new FTX sponsorship contract included an equity share, and he is the latest to venture into blockchain and NFT. He has trainer endorsements, and in September of last year, his production firm, Unanimous Media, signed a development contract with Comcast NBCUniversal.

The Brazilian forward has a number of valuable sponsorship deals in place with the likes of Puma and Red Bull. He has been the subject of a Netflix docuseries and is dipping his toe into the world of NFTs after signing up with platform NFTSTAR.

The Portuguese is well established as an all-time great in football circles and remains in eternal competition with fellow multiple Ballon d’Or winner Messi.

When Ronaldo returned to Manchester United in 2021, he signed a lucrative contract, but much of his economic power comes from social media, where he has 690 million combined followers. This allows him to earn money from sponsors such as Nike, Herbalife, and Clear shampoo. He is also a Tatel restaurant investor and the face of the new ZujuGP soccer community app.

The Los Angeles Lakers forward is now a movie star, having appeared in Space Jam: A New Legacy, and boasts a talk show, ‘The Shop’, that has moved from HBO to YouTube.

The mercurial Argentine earns a big wage at PSG, but his earnings are overshadowed by the business relationships he enjoys off the field. Messi’s endorsement portfolio includes deals with Adidas, Budweiser, and PepsiCo, as well as a multi-year collaboration with Socios worth $20 million (£16 million). Boehly-led consortium set to become Chelsea owners, but Jim Ratcliffe not ruled out 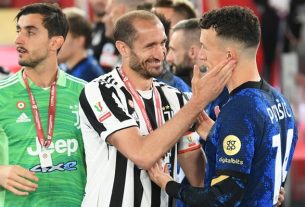 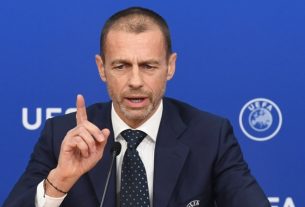