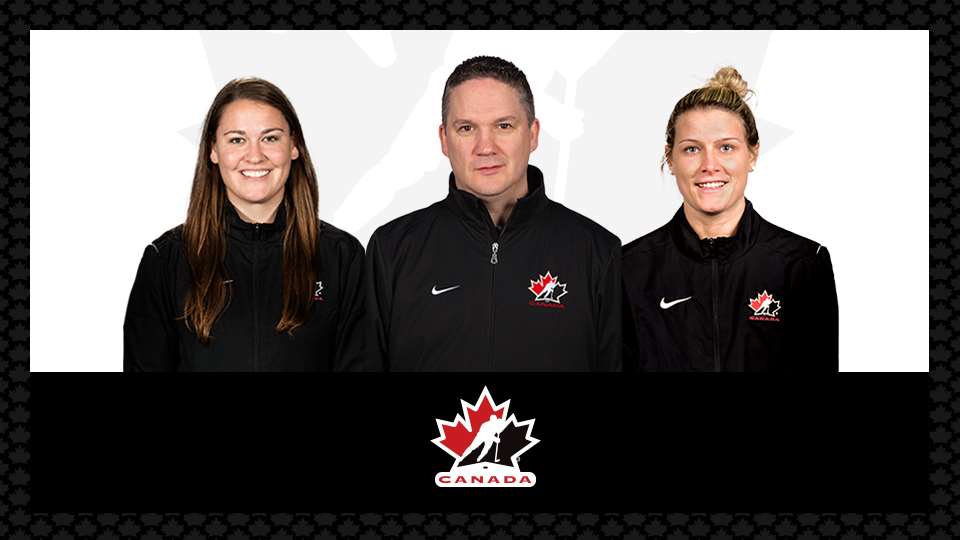 The gold medal-winning head coach reflects on how he got involved in the women’s game, what makes Canada’s National Women’s Team so special and the best advice he’s received

My first introduction with the women’s game was many years ago when I was
playing hockey at the University of New Brunswick in the mid-1990s. They
didn’t have a women’s varsity team, but they had a club team, and every
once in a while, the team needed extra support with coaching. So, for a
brief time while I was playing, I jumped on the ice to help.

After that, I started to build my own coaching career on the men’s side. I
was actually in Calgary working at Hockey Canada’s under-17 camp and I
received a call from Darren Sutherland at Hockey Nova Scotia. He said they
had to make a last-minute coaching change for their Canada Winter Games
women’s hockey team, and called me first to see if I had anyone I would
recommend. I think I gave them three names, but two weren’t available and
one wasn’t interested, so they called me back and just asked me if I would
be interested. I jumped at the opportunity and I coached at that Canada
Winter Games in 2015.

The following year, that group of women I coached at the Canada Winter
Games got together and wrote a letter to Hockey Nova Scotia to recommend me
or nominate me for a coaching award, and I ended up winning that award.
It’s kind of a cheesy part of the story, but they were playing on my
heartstrings a little bit and I got hooked to women’s hockey right away. 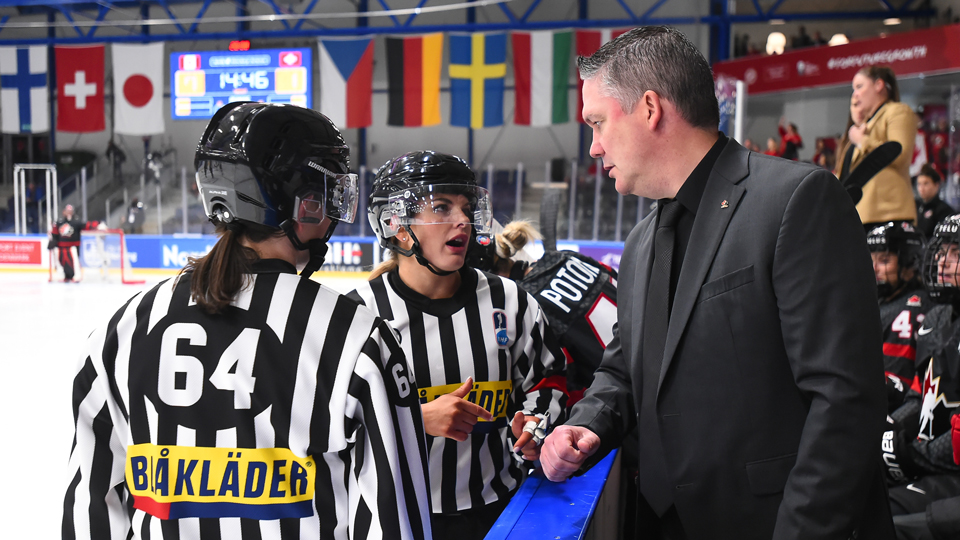 I honestly feel spoiled all the time working with Canada’s National Women’s
Team. Every day is fun working with these players and staff. I think the
biggest thing driving me as a coach is I still think this group has room to
grow. I think we’ve taken huge strides in the right direction. We’re a
better team now than we have been in the past. They genuinely care about
each other’s success, and they share in those successes. I just still think
there’s room to improve, and if I didn’t believe that, I wouldn’t be doing
my job.

Some of the best parts about coaching this team are things no one would
ever see. Like when you have a video session with an athlete and you bridge
a gap with them and you can see them excel in that area on the ice. It’s
just that little look you get when they come off the ice after they’ve
accomplished something that you’ve discussed with them. Those moments to me
are the real special ones. The wins and all that, that’s obviously fun, but
a lot of the times they’re more of a relief than they are a high moment.
It’s the little moments along the way.

I remember one special moment at the Olympics in Beijing. Because of
COVID-19, the athletes had to put the medals around each other’s necks.
That was just so unique and special. You look at each one while they’re
doing it, and you just have a story in your head for each of those people.
Maybe it’s an obstacle they had to overcome to be in that situation.
Several of them had been released from the team prior to world
championships, and they did what they could to get back into the mix. So, I
remember just almost checking out mentally during that five-minute span of
the medal ceremony and just reflecting on some of the cool stories that
each person had to overcome to get to that moment. To see them getting an
Olympic gold medal around their necks from one of their teammates was a
pretty cool experience. 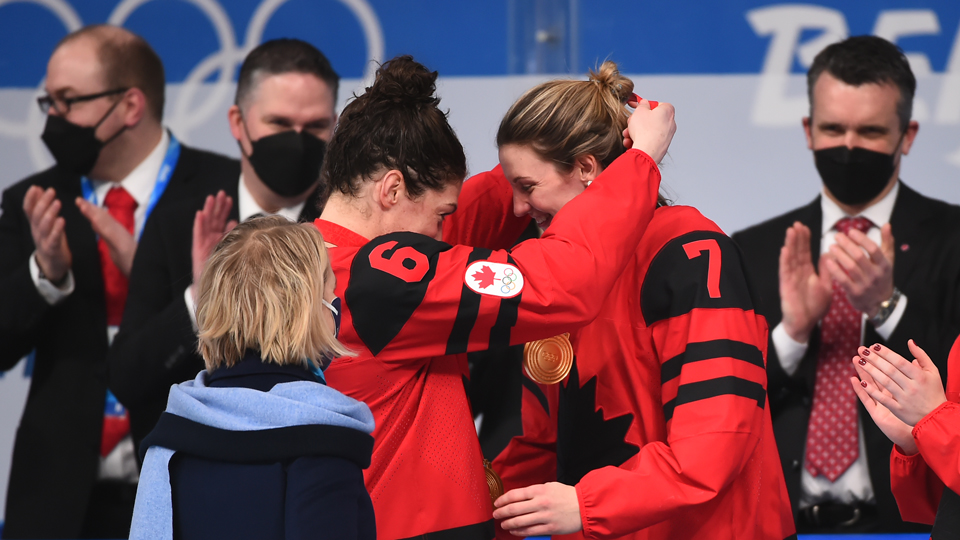 Mike Johnston coached me at the University of New Brunswick. He’s actually
Rebecca Johnston’s uncle, which is funny. When I first started coaching, he
told me no matter what I do in hockey, always have your province’s back. A
lot of people, when they first get that opportunity in U18 or junior
hockey, they forget about their provincial program. I looked up to him so
much when I was younger, so I always made sure that no matter what job I
had in the game, if Hockey Nova Scotia ever reached out to me, I’d be there
to volunteer and to help. If I had went along my route of coaching in
junior hockey or university hockey, I never would have had the experiences
that ended up benefitting me the most with this job. The best experiences I
had with my provincial Member were participating in short-term events,
working with the best players and coaches, and gaining more
high-performance experience.

Another good piece of advice I got a long time ago was simple—meet people
where they’re at, even at the national team level. There are athletes
coming in that are four-time Olympians, then there are some that are just
hoping to get centralized or make a world championship team. As a coach,
it’s so important to understand the different dynamics, and the dynamics in
the women’s game tend to be much different than in the men’s game.

When I first started coaching, one of the typical questions people asked me
was the difference between coaching men and coaching women. I think a lot
of people make a mistake in trying to put an umbrella over their group. I
always thought good coaches coach their athletes as individuals. Take the
time to get to know your athletes and know what goals they have and what
they want to achieve. Right now, we are trying to build our program to win
a gold medal at the 2026 Olympic Games. In order to get there, I think we
need to really take care of a lot of the individual stories that are
involved on our team. That will be a bit more of my focus in these first
few years of the quad as we get ready for 2026. 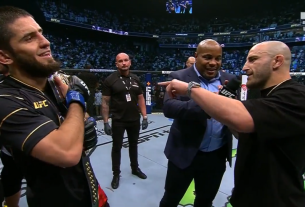 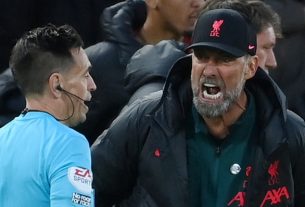